The Game of Thrones actress, 24, and “Sucker” singer, 30, have welcomed their first child, reps for the couple confirm to PEOPLE.

“Sophie Turner and Joe Jonas are delighted to announce the birth of their baby,” a statement to PEOPLE reads.

According to TMZ, who was the first to report the birth, the couple welcomed a girl named Willa on Wednesday, July 22, at a Los Angeles-area hospital.

“The couple is already obsessed and can’t stop gloating about their new addition,” a source tells Entertainment Tonight. “The couple is taking time to enjoy this special moment and have only shared the news and updates with family and friends.”

In June, a source told PEOPLE that the stars purchased a baby-friendly home in Los Angeles.

“They were hoping to expand their family,” said another insider. Brand-new and modern, the couple’s new home “is a great family house” with plenty of room to raise children.

“They are definitely preparing for the baby,” said the source. “She and Joe are both very happy.”

Amid the coronavirus pandemic, Turner and Jonas kept their distance from family and friends — but stepped out briefly to show their support for the Black Lives Matter movement in early June.

“They’re being cautious because of Sophie’s pregnancy,”the source said.

Turner and Jonas first wed in an intimate, secret ceremony in May 2019, immediately after the Billboard Music Awards in Las Vegas. The pair exchanged candy Ring Pop wedding bands.

In a larger ceremony almost two months later, the husband and wife said “I do” again in France.

In a recent interview on SiriusXM, Joe opened up about laying low over the last few months. “We’re having a good time,” the singer said about their slower pace of life. “We got married last year, so we’re still enjoying that time.”

Younger brother Nick and his wife, Priyanka Chopra Jonas, have spoken previously about their plans to start a family, saying they aren’t in any rush to have children.

“Buying a home and having a baby are on my to-do list,” Chopra Jonas told Vogue India in September, adding, “For me, home is wherever I’m happy, as long as I have the people I love around me.”

We would like to take this opportunity to wish Joe a very Happy 30th Birthday. Thank you for everything you and your brothers do for us fans. We hope you have the most amazing birthday filled with love and laughter with your family and friends. 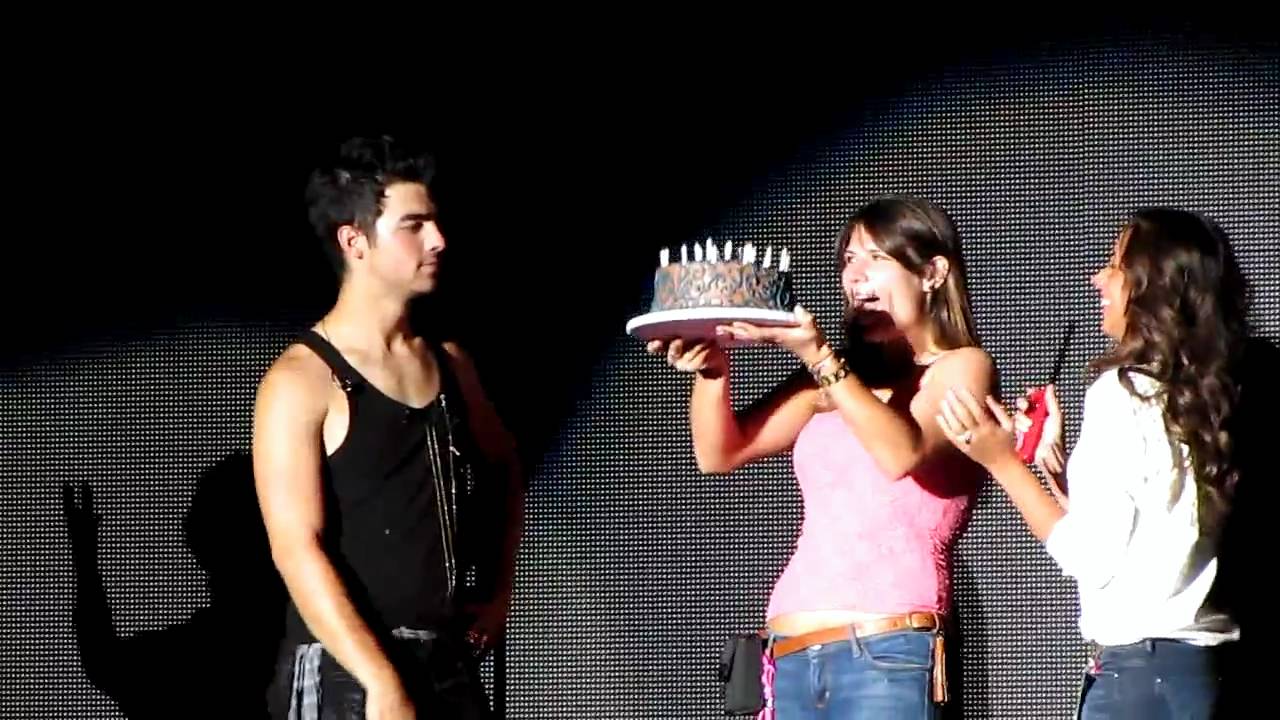 The nominations for the 2019 MTV VMAs were announced today and the Jonas Brothers have been nominated for 4 awards: Artist of the Year, Best Pop Artist, and both Video and Song of the Year for ‘Sucker’; congratulations!!

Read below to find out all the ways you are able to cast your vote!!

This year, for the first time ever, MTV is rewarding fans for voting through VMA Power Hour on vma.mtv.com, where their votes are doubled from 1-2pm ET daily. Superfans can come back each day within this voting window beginning tomorrow to show double the love for their favorite artists.

The “VMAs,” which will be hosted by comedian, actor and best-selling author Sebastian Maniscalco, will air live from Prudential Center in Newark, N.J. on Monday, August 26 at 8:00 p.m. ET/PT, and across MTV’s global network of channels in more than 180 countries, reaching more than half a billion households around the world.

The boys recently recorded a song with Sebastian Yatra, Daddy Yankee and Natti Natasha called Runaway. The music video was just released; check it out below! The boys were featured on the latest episode of Dr. Phil’s Phil In The Blanks podcast and revealed TONS of information in their first interview since reuniting. The podcast is almost an hour and a half long and you can watch the whole thing below.